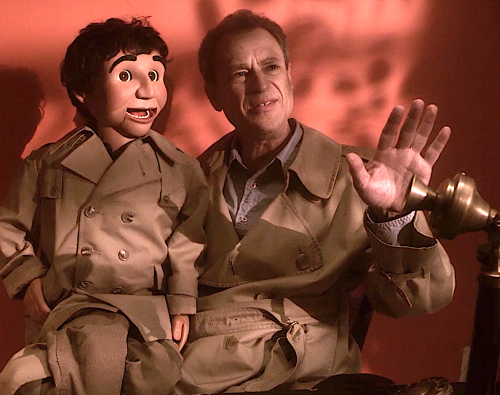 Trillo & Suede are a ventriloquist/dummy detective duo in Brooklyn, New York City. Each episode brings a new, suspenseful case, as well as the burning question: Can a femme fatale find true love with a puppet?

This is the official Trillo & Suede youtube channel. Van Trillo & Sam Suede are a detective duo with a difference – a ventriloquist with his wooden partner. Episode One of Season One of their long-awaited web series was released on Jan. 1, 2020.

Don’t miss a hilarious episode of this uniquely zany, absurdist comedy series. SUBSCRIBE to our channel, then click the little bell icon next to “Subscribed” to be notified each time we post a new episode.